An Early History of the Western Vascular Society

On October 22, 1984, Dr. Moore invited representatives from the local Western vascular surgery organizations to meet at “Mama’s” on Nob Hill in San Francisco.  In addition to Dr. Moore, this luncheon was attended by Drs. Victor Bernhard, Sterling Edwards, Jerry Goldstone, John Porter, Robert Rutherford, and D. Eugene Strandness.  After some discussion, the decision was made to establish the Western Vascular Society, and these seven surgeons became the Organizing Committee.

In a memorandum dated October 26, 1984, Dr. Moore summarized the recommendations of the Organizing Committee, including the following remarks.

“The general guidelines were that the Society should be limited in membership to those individuals who are known contributors to the literature and with a track record of publication and presentation. Membership will be by personal invitation.

The objectives of the organization will include having a scientific meeting of high quality, holding the meeting in a desirable resort setting, and mixing a proper percentage of relaxation and recreation among revered colleagues following scientific exchange.

Dr. Moore also requested that each member of the Organizing Committee submit a list of potential members, noting that the Western region should encompass Hawaii, California, Oregon, Washington, Idaho, Nevada, Arizona, Colorado, New Mexico, Utah, Wyoming, Montana, Oklahoma, British Columbia, and Alberta.  The resulting list of 87 potential members is shown in Figure 1.  Invitations to be a founding member of the Western Vascular Society were sent to these individuals in March 1985, stating in part that “This organization is designed to be the western equivalent of the SOUTHERN, NEW ENGLAND, and MIDWESTERN VASCULAR SOCIETIES.” 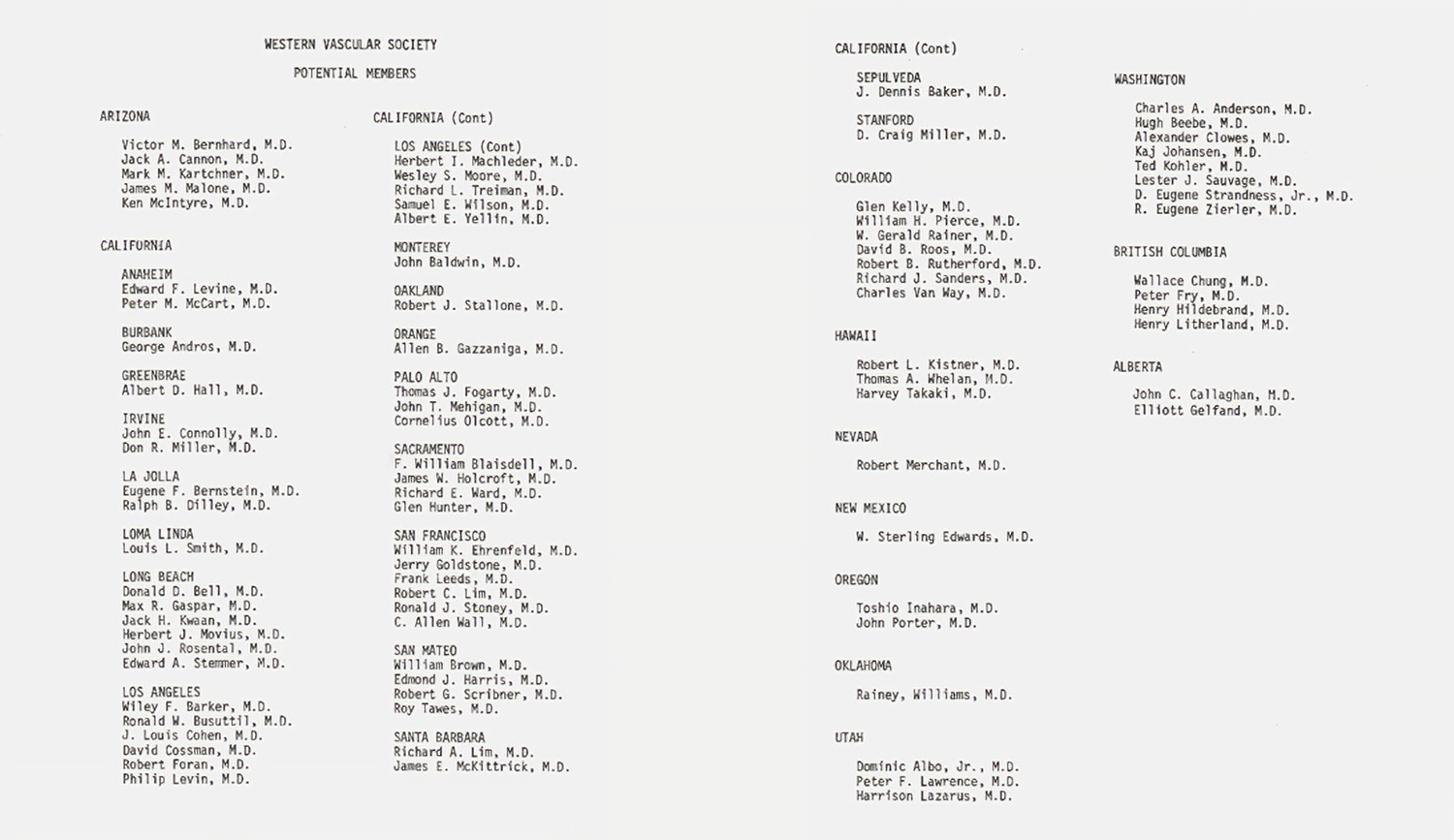 Figure 1. Original list of the surgeons who were invited to be the founding members of the Western Vascular Society (1984).

The first meeting of the Western Vascular Society was held at the Ritz-Carlton Hotel in Laguna-Nigel, California from January 23 to 26, 1986.  At that meeting, the Organizing Committee met as the Executive Council and approved bylaws for the new Society and accepted the proposed list of founding members.

Dr. Sterling Edwards was elected as the first President, and Dr. Szilagyi attended as a guest.  This practice of inviting a distinguished guest from outside the Western region became a tradition for the annual meeting.

The following slate of officers was presented by the Nominating Committee:

The Executive Council also appointed Dr. Bernhard as head of a committee to develop a seal and logo for the Society, and some early versions are shown in Figure 2.  The initiation fee for new members was $150 with dues of $75 per year.

Twenty-one papers were presented at that first meeting, with the first session being moderated by Dr. Moore and other sessions by Drs. Rutherford, Edwards, and Bernhard.  An invited discussant was named for each paper, and this provided the basis for well-researched and constructive discussions.  Ten of the papers were subsequently published in the Journal of Vascular Surgery or other surgical journals.

The social program was an important feature of the first meeting with tennis and golf tournaments on the Friday and Saturday afternoons.  The Friday night theme dinner, developed by Dr. Dennis Baker and his wife Kay, was “The Western Vascular Roundup” and included abundant Western gear and square dancing.  On Saturday night there was a formal black-tie dinner organized by Dr. George Andros and his wife Marie.

The tradition of a black-tie Western Vascular Society dinner was continued for a number of years but was eventually changed to a less formal event.  Another tradition that was started at the first meeting was the choice not to have a presidential address but rather to have a lecture from the distinguished guest invited by the president.  The Western Vascular Society bylaws do not prohibit or require a presidential address, but most presidents have chosen to follow this practice.

Figure 2. Notes from the committee assigned to develop a seal and logo for the Western Vascular Society under the direction of Dr. Victor Bernhard.

Some members of the original organizing committee expressed concern about representation within the Western region, with a high proportion of the members being from California, especially Southern California.  In an effort to address this perceived imbalance, the first 10 Western Vascular Society presidents were selected to provide geographical diversity: Sterling Edwards from Albuquerque, Robert Rutherford from Denver, D. Eugene Strandness from Seattle, Ronald Stoney from San Francisco, Victor Bernhard from Tucson, Wesley Moore from Los Angeles, John Porter from Portland, Eugene Bernstein from La Jolla, Robert Kistner from Honolulu, and Jerry Goldstone from San Francisco.

The next nine meetings of the Western Vascular Society were held in Tucson, Arizona; Monterey, California; Kauai, Hawaii; Coronado, California; Rancho Mirage, California; Maui, Hawaii; Sonoma, California; Santa Barbara, California; and Phoenix, Arizona.  On January 26, 1990 at the meeting in Coronado, President Ronald Stoney presented a gavel and box to the Society which were made from black walnut gathered from the Stoney ranch.  The gavel was given in memory of Dr. Edwin J. Wylie from the University of California at San Francisco who was a pioneer in American surgery and a mentor to many members of the Western Vascular Society.  This was called the Wylie Memorial Gavel and was designed to carry inscriptions of the Presidents’ names (Figure 3). 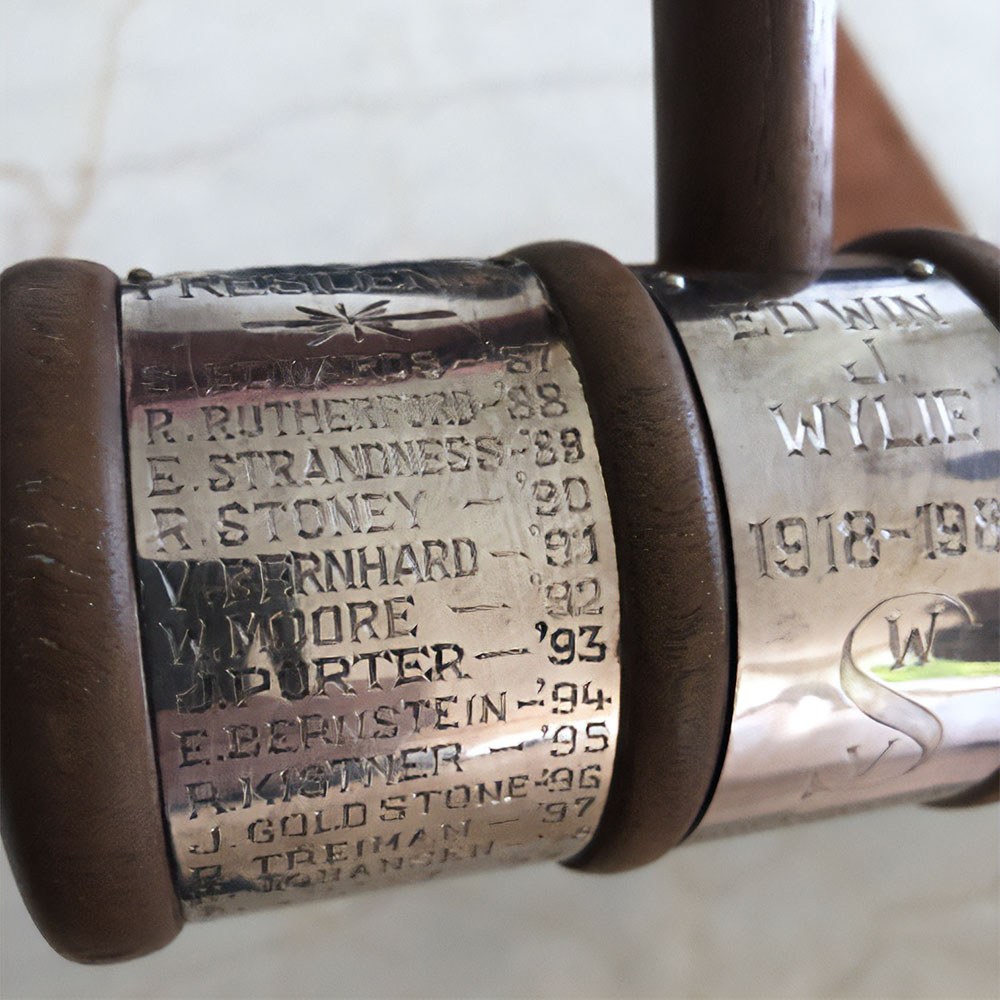 Figure 3. The Wylie Memorial gavel presented to the Western Vascular Society by Dr. Ronald Stoney at the Annual Meeting in Coronado, California in 1990. 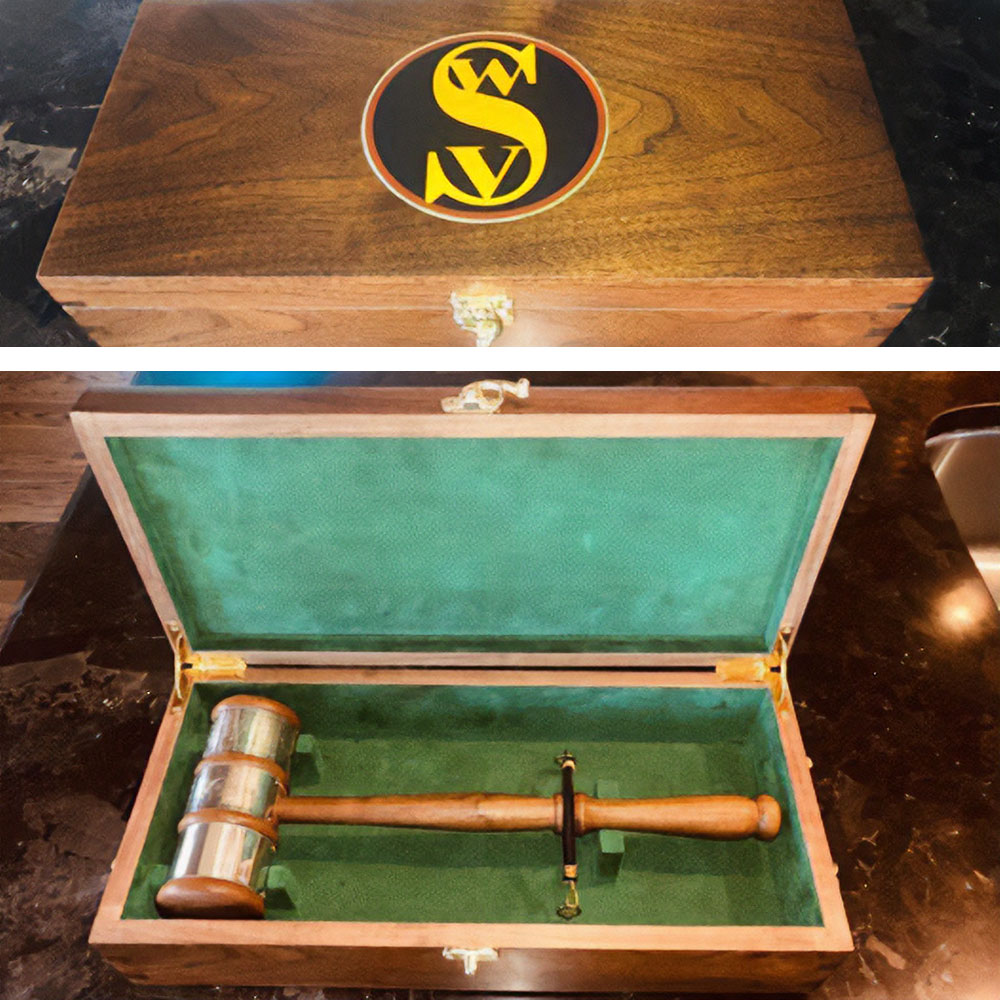 Figure 4. The rebuilt gavel box for the Wylie Memorial gavel, after it was damaged in 2021.

The 34th Annual Meeting of the Western Vascular Society was held in Maui, Hawaii September 18 to October 1, 2019 with President Dr. York Hsiang from Vancouver, British Columbia presiding.  At that meeting, the Wylie gavel was passed to incoming 35th President Dr. Benjamin Starnes from Seattle, Washington.  Dr. Starnes was President during the COVID 19 pandemic and was inspired to create a wood box for the gavel. After the 2021 Annual Meeting, the gavel box was damaged during shipping to get engraved with Dr. Michael Conte’s name. The gavel box has now been rebuilt (Figure 4).

As of January 2022, we will revise the Western Vascular Society has a total of 272 members, including 148 Active, 70 Retired, 27 Senior, 18 Associate, 7 Adjunct, and 2 Honorary members.  The membership represents all of the Western United States except Wyoming, with the highest numbers of members in California (124), Washington (34), Arizona (13), Oregon (12), and Colorado, Hawaii, and Utah with 10 each.  Western Canada is represented by 6 members from British Columbia.  There are also members from outside the Western region representing 13 states and Washington DC, as well as Hong Kong, Malaysia, Japan, and Sweden.