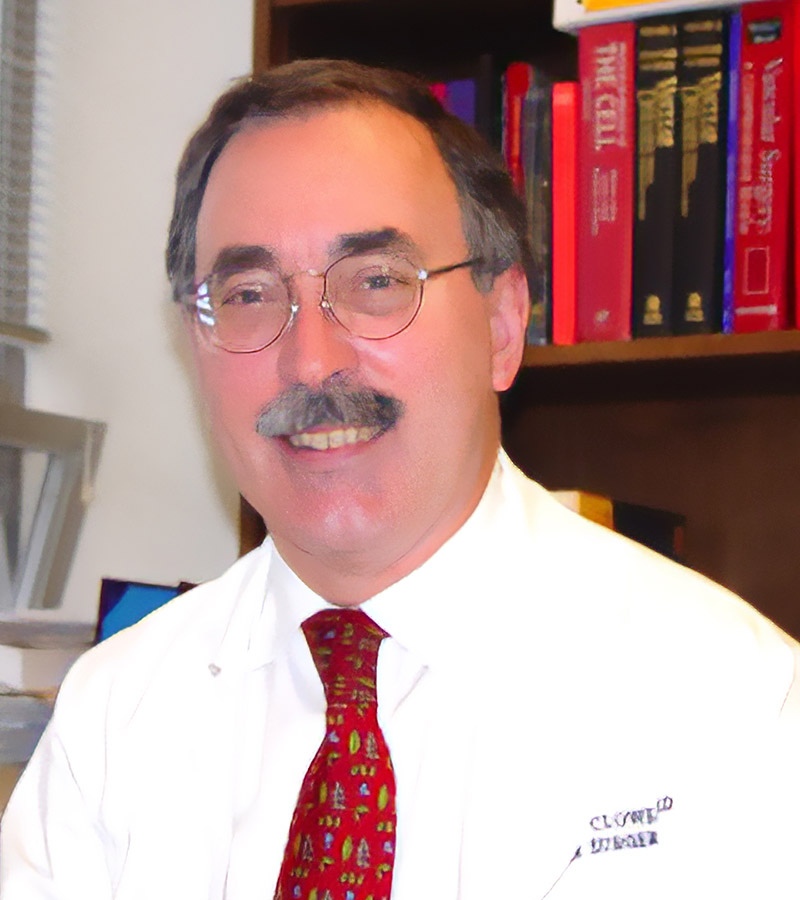 Alexander (Alec) Whitehill Clowes was born into a family with a legacy of medical research. His forebear, Sir William Clowes, physician to the admiral of the British fleet as it fought the Spanish Armada, published in 1588 one of the earliest textbooks on surgery in the English language.

Alec’s grandfather was George Henry Alexander Clowes, the scientist behind the purification of insulin for clinical use, and his father, George Henry Alexander Clowes, Jr., was an academic surgeon at Case Western Reserve and Harvard. Alec graduated from Harvard College in 1968 and Harvard Medical School in 1972. Despite his original intention to restrict his career to research, he discovered enjoyment in patient care and switched to a career in academic surgery.

Alec obtained his general surgery training at Case Western Reserve in Cleveland, Ohio, from 1972-1979 and training in vascular surgery with Dr. John A. Mannick at the Peter Bent Brigham Hospital in Boston from 1979-1980. He interrupted his general surgery residency to work in the laboratory of Dr. Morris Karnovsky at Harvard Medical School, and it was during this period (1974-1977) that he developed his life-long interest in vascular biology.

Throughout his years at the University of Washington, Alec’s focus remained on his research, the training and mentoring of physicians for careers in academic vascular surgery, and the care of patients with vascular diseases. The National Institutes of Health funded his research for a third of a century. Alec also received a Lifetime Achievement Award from the Society for Vascular Surgery, and his collected scientific publications fill over six volumes.

As a long-time member of the Board of Trustees of the Seattle Symphony, Alec was particularly proud to have been involved in the building of Benaroya Hall. He considered music essential to life and contributed to furthering music education in under-served schools through the Clowes Fund of which he was president for 15 years. Alec and Susan Detweiler found great happiness together in their marriage in 2000 after Alec was widowed in 1998 from Monika Clowes. Alec died on July 7, 2015, at the age of 68.