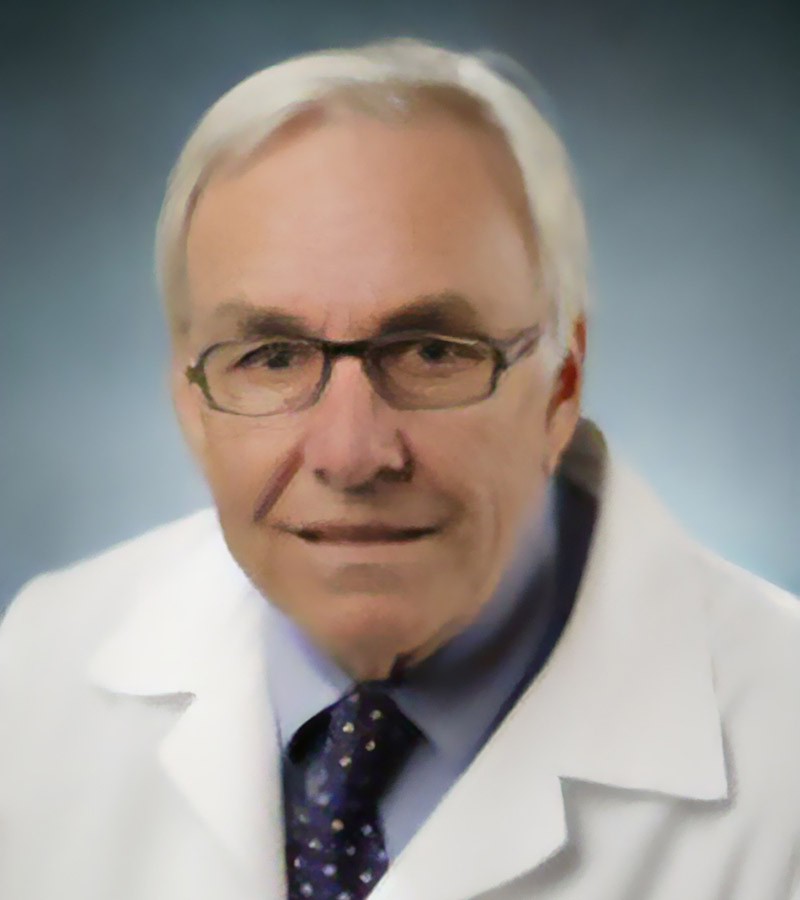 Dr. Ralph Dilley was born in Los Angeles but his early education was in San Diego, California. Both his undergraduate and medical degrees were received from Stanford University. He was ranked number 1 in his medical school class and was awarded highest honors, also becoming President of the local chapter AOA. After completing a medical internship on the Harvard medical service of the Boston City Hospital, he returned to Los Angeles (UCLA) where he completed his surgical training in both general and thoracic surgery. He became board certified in both specialties.

After two years in the navy with service in Vietnam, he spent two years as a Special Research Fellow at the Cardiovascular Research Institute at UCSF working on pulmonary vascular reflexes. In July,1968 he joined Dr Marshall Orloff as the first full time clinical faculty members at the new University of California San Diego School of Medicine where he spent 8 years. He established an active research laboratory, obtained a Research Career Development Award (NIH), and was awarded several RO-1 NIH grants. His major interest was the physiology of collateral circulation.

In January, 1979 he accepted an invitation to become Chief of Vascular Surgery at the Scripps Clinic and Research Foundation in La Jolla. He then became Chief of Surgery at the Scripps Clinic in 1982, and he served in that role and was active clinically until his retirement in 2015. While at Scripps, he continued his academic endeavors. Throughout his career he has published more than 100 peer-reviewed papers. He established a highly sought after Fellowship in vascular surgery in 1982 and, along with his colleagues (Dr. Eugene Bernstein and Dr. Jack DeLaria), trained 32 vascular fellows.

Throughout his career he has been active in local and national societies. He was President of the San Diego Surgical Society, the Southern California Vascular Surgery Society, the Southern California chapter of the American College of Surgeons, and the Western Vascular Society. He was also active in the Pacific Coast Surgical Association and the American Association for Thoracic Surgery. He is a distinguished Fellow in the Society for Vascular Surgery.