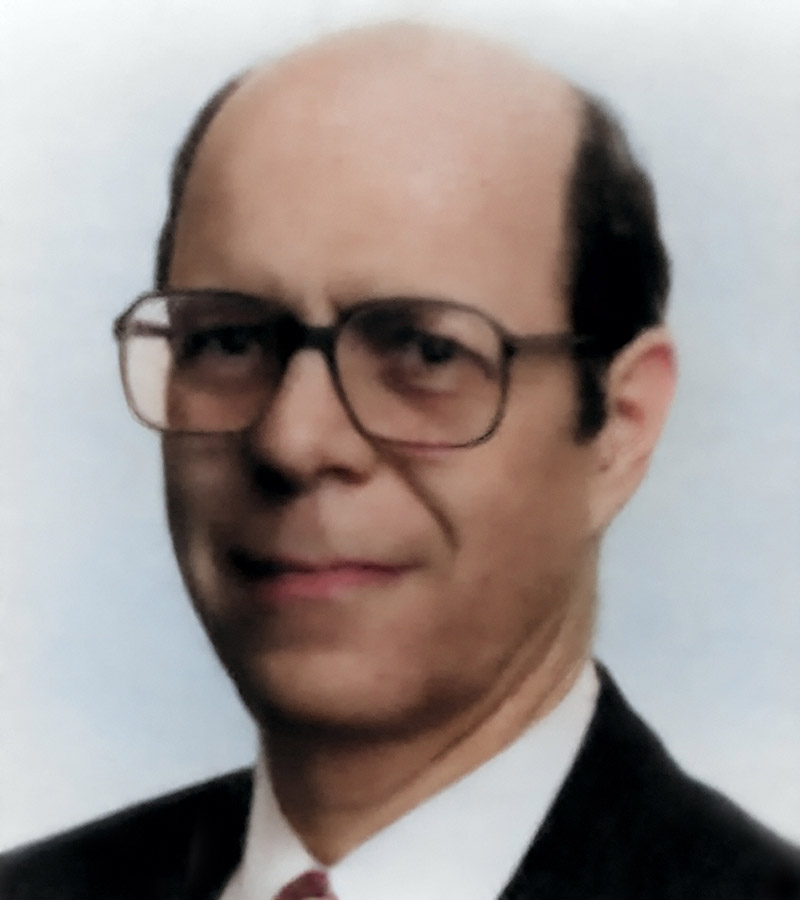 Dr. Bernstein was born in New York city in 1930 and attended the Bronx High School of Science and University College of Arts and Pure Sciences before obtaining his MD degree from the State University of New York at the Downstate Medical Center. After an internship at the Kings County Hospital in New York City and serving for two years in the US Army Medical Corps, he began his surgical residency at the University of Minnesota hospital.

During his residency, he spent time in the Department of Physiology investigating methods for estimating cardiac output, and this resulted in a MS degree. He subsequently received a PhD degree for research on physiologic responses to intravenous contrast agents. Following his residency in general, thoracic, and cardiac surgery, Dr. Bernstein joined the University Minnesota surgical faculty. His initial research efforts focused on the development of a mechanical heart and the physiological effects of an implantable pump on blood flow and organ function. In July 1969, he moved to San Diego, California and joined the Department of surgery at the new University of California Medical School in La Jolla.

He was appointed Professor of Surgery and Chief of Vascular Surgery at University Hospital and the Veterans Administration Hospital, and he came to be regarded as an outstanding teacher. It was at this time that Dr. Bernstein developed a major interest in noninvasive evaluation of peripheral vascular disease.

In 1976, he organized the first of a series of highly successful and well-attended meetings on the noninvasive evaluation of peripheral vascular disease. These meetings continued to be held periodically for many years and were accompanied by multiple editions of a definitive textbook on noninvasive vascular diagnosis.

In July 1982 Dr. Bernstein joined the vascular surgery division at the Scripps Clinic and Research Foundation where he would spend the next 13 years. He continued his research in noninvasive vascular diagnosis and collaborated with members of the vascular biology unit at Scripps Research Institute to study the basic mechanisms of vascular disease.

This lifelong interest in research resulted in 360 publications and five books. Over the course of his career, Dr. Bernstein served as president of the American Society for Artificial Internal Organs, the Western Vascular Society, and the Southern California Vascular Surgery Society. One of his best known non-medical interests involved music, and she was very active in the La Jolla Chamber Music Society. He served on that Society’s Board of Directors and was chairman of the program committee. Gene and his wife Joan married for 41 years and raised three children. He died on June 21, 1995.