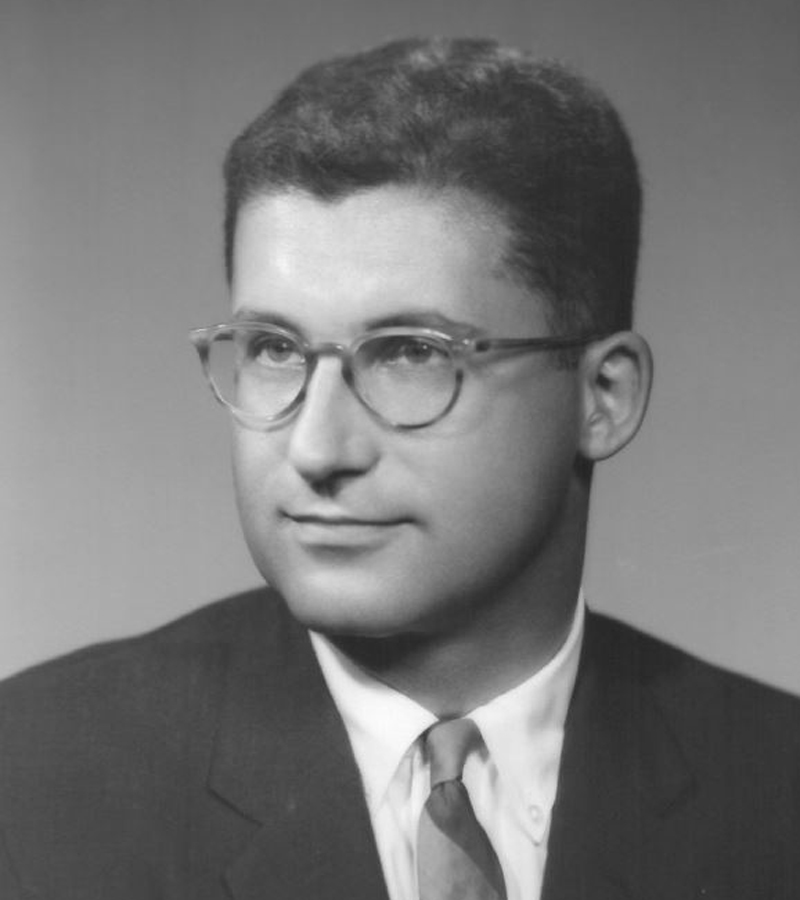 Born to Russian immigrants, Victor M. Bernhard was the oldest of three children, all raised in Milwaukee, Wisconsin. After graduation from Northwestern University (BS 1946, MD 1950), he entered the surgical training program at Northwestern, under the leadership of Dr. Loyal Davis. Determined to be a vascular surgeon, Bernhard worked in the laboratory of Harold Laufman, where he learned about graft fabrics and other vascular devices. After residency, he returned to Milwaukee to join his father’s small clinic and the clinical staff at the Medical College of Wisconsin (MCW). Bernhard then completed a vascular fellowship under the direction of Michael DeBakey at Baylor College of Medicine (1964-1965).

He served as professor of surgery and the first chief of vascular surgery at MCW, then as vice chair of surgery at Albert Einstein Medical Center and Temple University, and, finally, as chief of vascular surgery at the University of Arizona Medical School. He volunteered as an emeritus lecturer at the University of Chicago School of Medicine. One of the most significant changes in Bernhard’s career was his recruitment to Endovascular Technologies as vice president of medical affairs, in charge of the endovascular graft trial. It was Bernhard’s idea to learn from the commercial side via clinical trials to improve the product.

In his nearly 50-year career, he made significant contributions to vascular surgery. At the invitation of Robert Rutherford, he joined the editorial team of the textbook, Vascular Surgery, as associate editor. He recruited Dr. Frank Maddison, a radiologist, to MCW to introduce the technique of catheter arteriography. The relationship eventually developed into an interventional radiology program, which replaced translumbar aortography to diagnose lesions in the profunda femoral artery in patients with ischemia of the lower limbs. With his MCW partner, Jonathan Towne, Dr. Bernhard sponsored two symposia on vascular complications, a subject often avoided by surgeons. The symposia were successful, and a compendium book from each symposium was published. As recorder for the Society for Vascular Surgery, Bernhard served as chair of the publications committee; during his tenure, Dr. Michael DeBakey negotiated with CV Mosby Company for a journal. Along with Dr. John Ochsner and other members of the publication committee, the Journal of Vascular Surgery was first published in January 1984.

Victor and his wife, Suzan, loved to travel, and they enjoyed many tours on all seven continents. A pilot, Bernhard flew a small plane and fully enjoyed the blue skies. His sense of humor and calmness, even in a storm, will be greatly missed. On July 21, 2020, Dr. Victor M. Bernhard died peacefully at 93 years of age in his home in Port Charlotte, Florida, attended by his wife and immediate family.